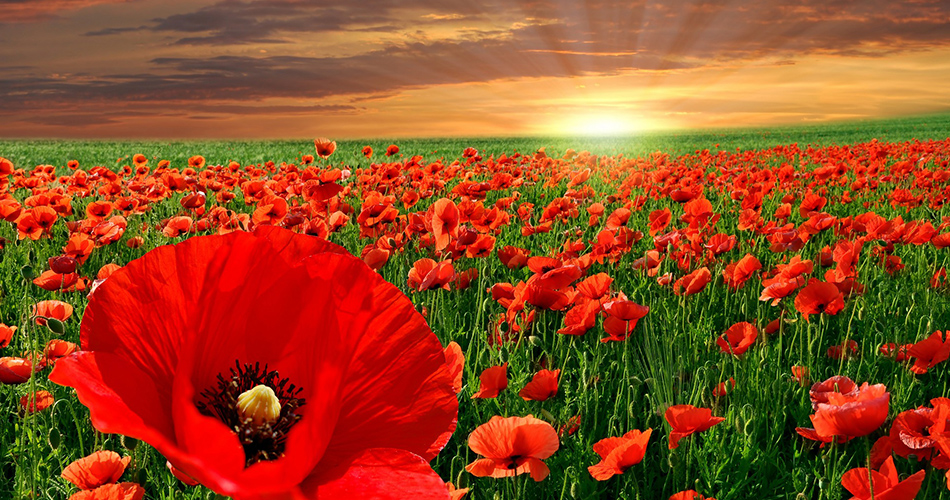 Let’s explore the colorful world of plants and flowers together

Many thousands of years flowers personify beauty, pleasure, and perfection of nature. Flowers give many things to everybody, and it does not matter if you are rich or poor, they give you a wonderful world, in which you feel happy. Therefore people always try to decorate with these surprising gifts of nature not only the celebration and gala days of their life but also everyday life, in which, people need to feel even more pleasure during their life on Earth.

It seems that mother-nature presented us these wonderful creatures which during thousands of years bring in our life beauty, pleasure, and give us good mood and emotional health at any time of the year. According to the scientific information and facts there are more than 400 000 types of flowers, flowering plants and species names. And each flower, either it is an ornamental or a wild plant, in his own way is beautiful and unusual and brings a part of the pleasure in our life in order to do it happier.

At all nations of the world, flowers associate with heat, sun, spring, and pleasure. And it doesn’t matter if it is winter, summer, autumn or spring outside. Flowers always remain symbols of good mood and wonderful seasons – spring and summer. Each flower is shrouded by an elusive mysterious aura and magic mood which is given to all people without exception, whether it is a man or a woman, a small child or a grown-up person. The bright colors, sweet smell, and nectar are necessary to attract insects. The insects are needed to help the flower make seeds that will grow into a new plant.

On our website, you can find information and facts about different types of flowers and their descriptions with images.

What is a flowering plant

A flower can be described as a part of a plant that forms pollen or seeds or both. Only seed-bearing plants have true flowers. Other plants like the algae, fungi, and mosses have none. And, only those parts of a plant that have to do with the forming of seeds are parts of the flower. Thus, many of the bright, showy parts of plants that are commonly called “flowers” are not true flowers in the strict sense. On the other hand, there are many true flowers which are seldom noticed at all, or if they are, not considered as flowers. For example, the bearded tufts at the tips of grasses, the heads of cattails, the unripe ears of corn and the small tassels that somewhat resemble certain caterpillars and hang from birches and alders early in spring, are all clusters” of real flowers.

A person, who thinks of a flower simply as something brightly colored which grows on a plant, maybe led far astray. The brilliant scarlet poinsettia blossoms which one sees at Christmas are not true flowers, but simply brilliantly colored leaves which surround the small and dull flowers at the tip of the cluster. Similarly, the large creamy “petals” of the lovely dogwood “blossoms” that bloom in spring are not petals at all but simply brightly colored bracts surrounding the small inconspicuous flowers. In the callas that are used so much at Easter, the great white sheath is not a single flower but a bract or leaf which surrounds and protects a club-shaped mass on which many small flowers are tightly crowded together.

The flower is a branch with very special kinds of leaves. The outermost ones are called sepals. They are usually green; sometimes they are separated one from another, sometimes they are not separated and form a cup. When the buds are small, they serve as a protective covering. All together, they are known as the calyx. Next inside the sepals are the petals, known altogether as the corolla. The petals may be separate from one another, as in the buttercup, or they may be partially united, as in the tomato, or form a broad flaring trumpet, as in the petunia. Petals are the brightest parts of most flowers. The most important parts, however, are not the brightly colored petals, but the pistils and stamens. Many flowers contain both – the pistil or pistils in the center, surrounded by the stamens. Pistils are often greenish in color. In an enlarged part at the lower end of the pistil (the ovary) are the ovules. In the sweet pea the ovary is long and hairy; in it are ten or more ovules arranged in two rows. Each ovule may grow into a seed. The most important part of an ovule is a tiny egg cell, which can be seen only under a microscope. From this egg cell, a new plant may grow.

Some plants have more stamens than others. Each stamen is made of a pollen sac (anther) at the end of a stalk (filament). Before they are ripe they are smooth. Later they open by slits or tiny holes and release the pollen, which they contain as fine dust, usually yellow. These pollen grains are just as important as the ovules in the production of seed. They produce the sperm cells which unite with the egg cells in the ovules. After a sperm cell has united with an egg cell, the product is called an embryo. From this embryo, the new plant will grow. But before an embryo can be formed, the pollen grains must be transferred from the anthers to the pistil, and eventually to the egg. This transfer of pollen is called pollination.