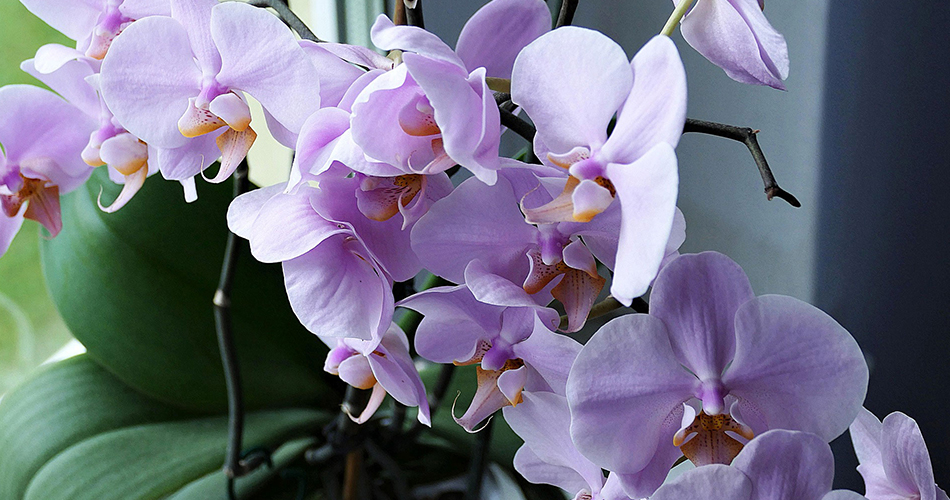 Orchid. A starving community of Moros, living in the midst of orchids worth many thousands of dollars, was one of the scenes stumbled upon by Fred Burdett while searching for rare orchids in the Pacific islands. Many other tropical sections have yielded rare and expensive specimens of these strange flowers. Orchids belong to the family Orchidaceae. Some are gorgeously colored, some dull, some curiously speckled and striped. Some look like groups of gay butterflies as the clusters flutter in the breeze, and some resemble curious moths. One species was likened by its early Spanish discoverers to the Holy Dove which descended at Christ’s baptism. Greenhouse specimens are among the most sought after of cut flowers and are of many colors and shapes. The tropical orchids are mostly air plants attached to the trunks and branches of trees. Their long roots are exposed to the air from which they absorb moisture and food. Orchids of temperate regions have their roots in the soil as do most common plants. While not so brilliant as their tropical relatives, they are very beautiful. Among the many orchids which occur in the United States some of the more colorful are the lady’s-slippers, of several colors, the fringed orchids, the pogonias, calypso and tway-blades. In most orchids, self-fertilization is impossible. The pollen must be brought to the stigma from a different plant by some insect. So clever are the methods used to accomplish this that a study of these methods is fascinating. Many tropical orchids are now readily raised from seeds and brought to flower in greenhouses. Several species have been much hybridized. New and beautiful forms with distinctive forms and colors never found in nature have been originated in this way.

Vanilla is obtained from one species of orchid. The tubers of another yield a product known medicinally as salep.