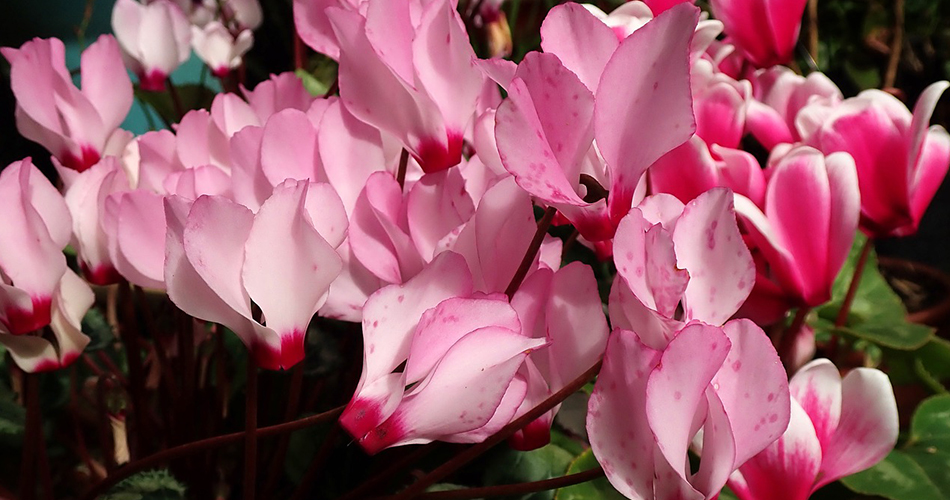 Cyclamen. The cyclamen grows wild in the Mediterranean regions of Europe, Asia, and northern Africa, where it blooms in early spring or late fall. When flower lovers discovered that cyclamens would thrive as potted plants, they were introduced into England and the United States, where they have become popular. They are among the most attractive of flowers blooming indoors in winter and spring.

The cyclamen is a member of the primrose family. It has a thick fleshy conn, which persists when the remainder of the plant becomes dormant. Hogs like the tubers of some species to eat. This accounts for the name sow bread given to the flower in southern Europe.

The blossoms are white, purple, red, clear shades of pink, or combinations of these colors. Under cultivation many large flowered types have been selected. They are of particular interest in that the petals are folded back along the flower stalk, giving the large flower an unusually light and graceful appearance. The leaves of the plant are large, heart-shaped, glossy, and frequently mottled light and dark green.