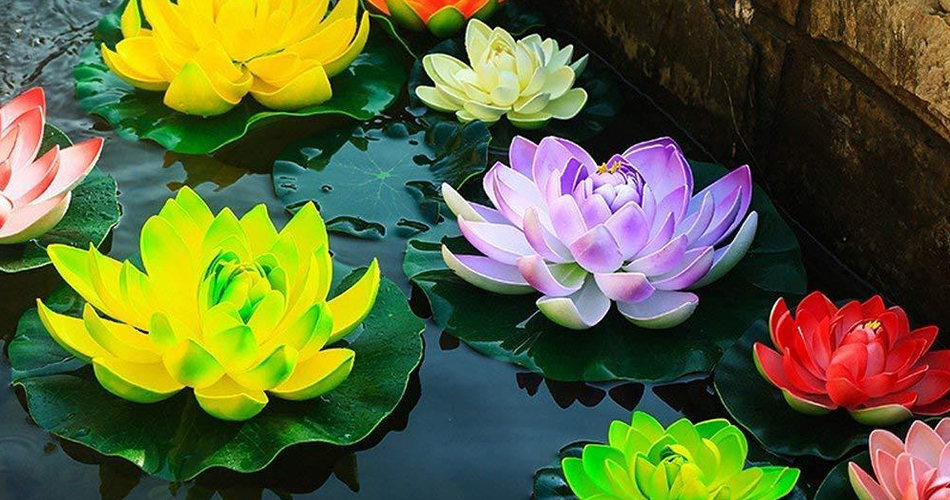 Lotus (lo’tus) serves as a popular name for several flowering plants belonging to different families. The Indian or sacred lotus of the Orient is a member of the water lily family (genus Nelumbo). Also called the sacred bean, this lotus is grown in many lands. It has pink flowers and round leaves that usually grow well above the water surface. Its nutlike seeds are held in pits in the seed pods.

Varieties of the Indian lotus having white, pink, or red flowers are grown in lily ponds. The plant grows wild in some U.S. regions.

The Native American lotus or water chinquapin is also a member of the Nelumbo genus. From its yellow flowers comes the name yellow water lily. It grows in quiet waters, chiefly east of the Mississippi River. The starchy under-ground stems and corn like seeds can be eaten. These were used as food by American Indians.

The white Egyptian lotus, called the sacred lily of the Nile, and the blue African lotus be-long to another water lily genus, Nymphaea. They were grown along the Nile thousands of years ago. The Egyptians ate their edible roots which grew in southern Europe and northern Africa. Its sweet fruits were used as food. According to Greek legend, “lotus-eaters” who ate the fruit, or drank wine made from it, were lulled into a life of dreamy idleness. Lotus is also the scientific name of a large group (genus) of plants of the pea family.