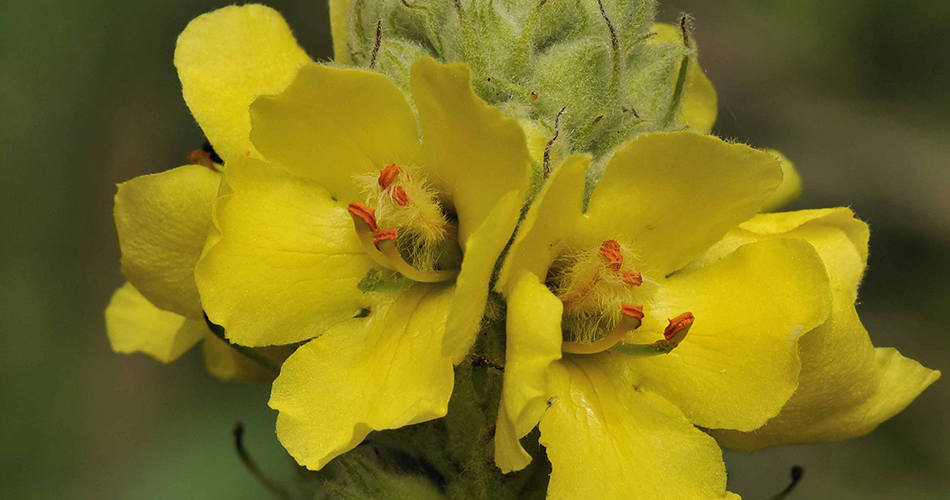 Mullein (mul’un) is any of several species of the genus Verbascum, biennial herbs of the figwort family. The mullein s leaves are large, thick and densely hairy. The first year of its growthit forms a large plant often more than a foot across and lying close to the ground. In the early summer of its second year it sends up a tall spike of yellow flowers. Clustered brown seed capsules follow the flowers on the spike. The common, the white, and the moth mullein are among the species which have been introduced into the United States. The moth mullein is grown for its flowers. These and many other species are native to Europe and Asia. In the United States and Canada, mulleins have spread so rapidly that they are now bothersome.