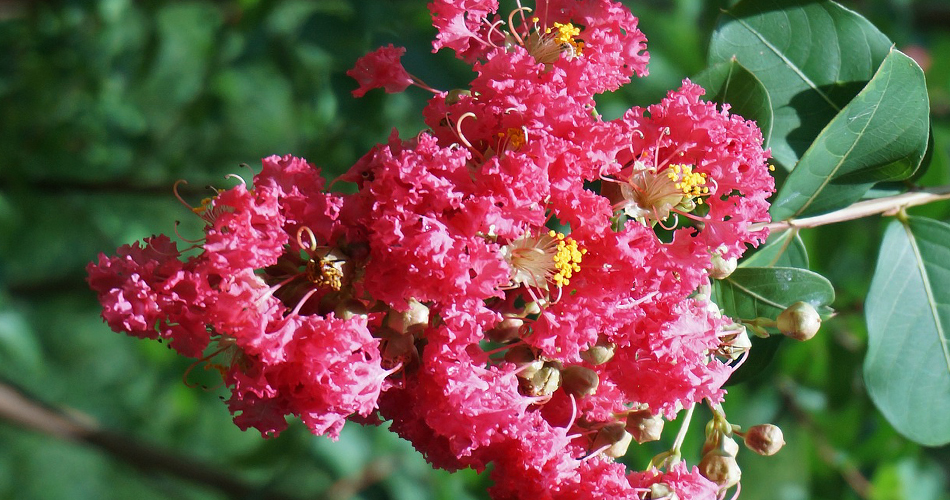 Myrtle, is an attractive evergreen shrub or small tree. It grows wild in regions along the Mediterranean Sea and temperate regions of Asia. Some people in the United States cultivate it as an ornamental plant. The myrtle has shiny leaves and fragrant white flowers. The leaves, bark, and blue black berries are also fragrant Manufacturers use them in making perfume. The bark is used in tanning industries of southern Europe. Ancient Greeks thought myrtle was sacred to the goddess of love. Aphrodite. They used it in festivals. The common periwinkle is often called running myrtle. It has creeping stems and attractive blue flowers.

Scientific classification. Common myrtles belong to the myrtle family, Myrtaceae. Their scientific name is Myrtus communis. The common periwinkle is in the dogbane family, Apocynaceae. It is Vinca minor.