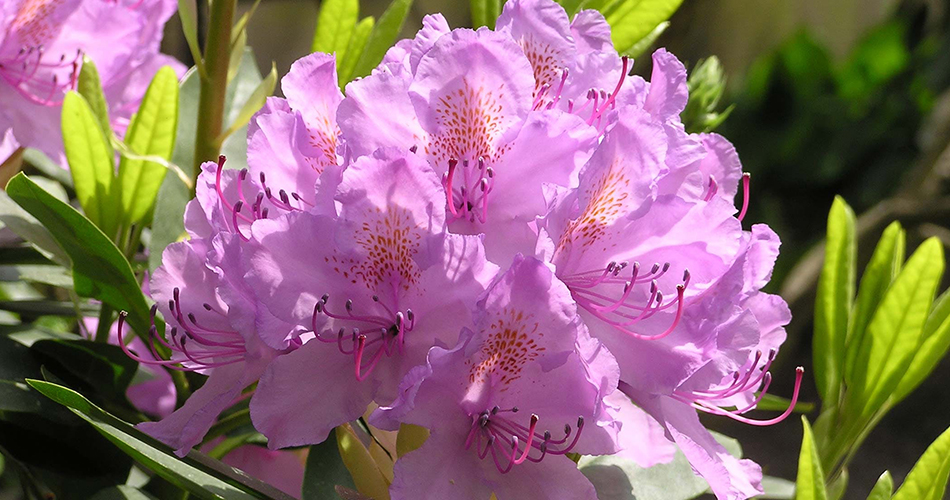 Rhododendron. Throughout June and July the colorful flowers and shining foliage of the rhododendron beautify the mountain slopes of North America. The flowers are pink, rose, lilac, or purple. The species usually found in the East is the American, or great, rhododendron. The Carolina, or Catawba, rhododendron grows in the high Appalachians. A species called coast rhododendron is found on the Pacific coast (for picture in color, see Flowers, Wild Flowers). Other species flourish in Europe and Asia, especially in the Himalayas, Borneo, and Java. Some treelike species are 40 to 60 feet high. Shrub forms may reach a height of 20 feet. Most species of rhododendron are evergreen.

Rhododendrons are cultivated widely as garden shrubs. Many hybrid or grafted rhododendrons develop more beautiful flowers than do native species. The plants flourish in moist but well-drained peaty soil. Rhododendrons belong to the heath family and are related to the azaleas. Because they contain a retinoid called andromedotoxin they are poisonous.