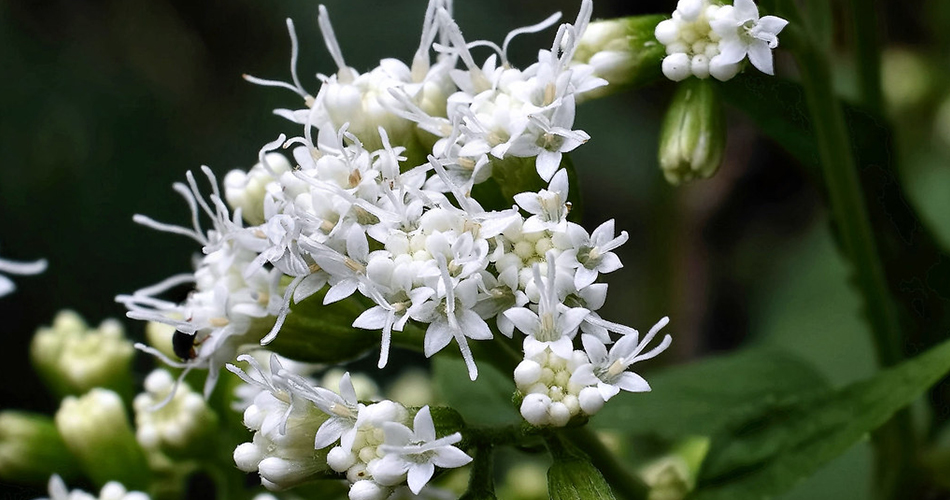 Snakeroot is the name of several very different flowering plants that grow in prairies and woodlands. These plants all became known as snakeroot because their roots supposedly looked like snakes or because they were used to treat snakebites. Virginia snakeroot grows in the Eastern United States.

The common black snakeroot produces a medicinal drug. It reaches a height of up to 3 feet (91 centimeters) and has brownish purple flowers. People once chewed its roots and then applied them to wounds. Texas snakeroot, also called Red River snakeroot and serpentary, is found in Arkansas, Louisiana, and Texas. It has bright-green oval leaves and dark-brown flowers. Texas snakeroot was used to make a tonic taken as a stimulant and painkiller. Button snakeroot grows in the Eastern and Central United States. American Indians used it for rattlesnake bites. Button snakeroot has long narrow leaves and purple flowers.

A number of plants are called black snakeroot. Perhaps the most common of these is a tall herb also known as bugbane and black cohosh. This plant grows up to 8 feet (2.4 meters) tall and is found in woods and on shady hillsides in the eastern half of the United States and Canada. Its roots produce a bitter medicine that has been used to treat breathing ailments. Scientific classification. Virginia and Texas snakeroot belong to the birthwort family, Aristolochiaceae. Virginia snakeroot is Aristolochia serpentaria and Texas snakeroot is A reticulata. Button snakeroots are in the genus Liatrus of thecomposite family, Compositae. The common black snakeroot belongs to the crowfoot family, Ranunculaceae. It is Cimicifuga racemosa. Margaret R. Bollck.