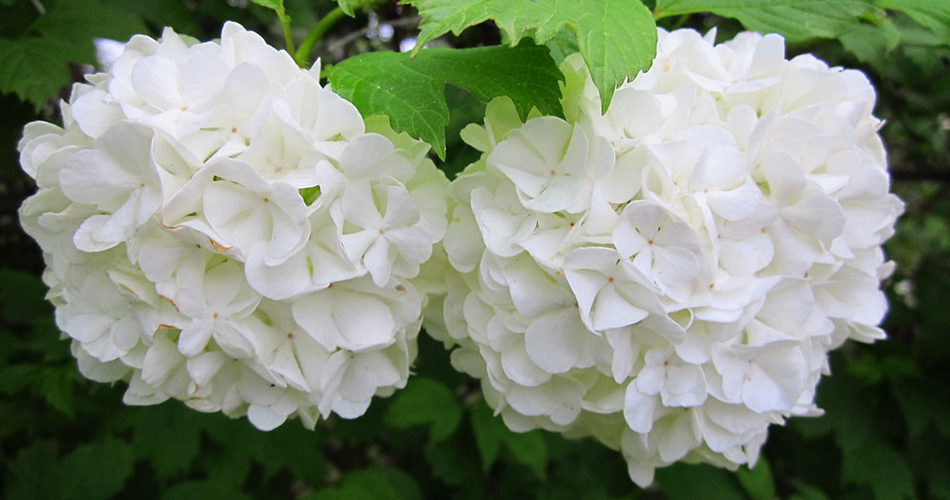 Snowball, also called European cranberry bush or Guelder rose, is a handsome shrub of the honeysuckle family. It produces large, ball-shaped white flowers that grow in clusters. The plant is believed to be native to the Dutch province of Gelderland. Today, it is often grown in parks and lawns in the United States. It is a cultivated form of high bush cranberry and grows from 7 to 12 feet (2.1 to 3.7 meters) tall. The flowers of the cultivated species are sterile and do not produce fruit, but a wild variety bears juicy, red berries.

Scientific classification. The snowball is in the honeysuckle family, Caprifoliaceae. It is Viburnum opulus. Snowdrop is the name of a group of flowering plants native Europe, the Middle East, and western Asia. Some species, including the common snowdrop of Europe, are commonly grown in gardens. Snowdrops bear nodding, white, bell-shaped flowers. Snowdrops are one of the earliest spring flowers, and they sometimes during warm spells in midwinter. Some snow-drops bloom in the fall. The common snowdrop is sometimes called the Fair Maid of February. Snowdrops grow from a small bulb that produces two or three narrow leaves and a flower stalk. The stalk of the common snowdrop usually grows from 4 to 9 inches (10 to 23 centimeters) tall. Snowdrops are easy to cultivate, and they grow best in partial shade and moist soil. The bulbs are planted 3 to 4 Inches (7.5 to 10 centimeters) deep in the fall. The plants multiply each year, and a few bulbs may eventually produce large clumps of snowdrops.