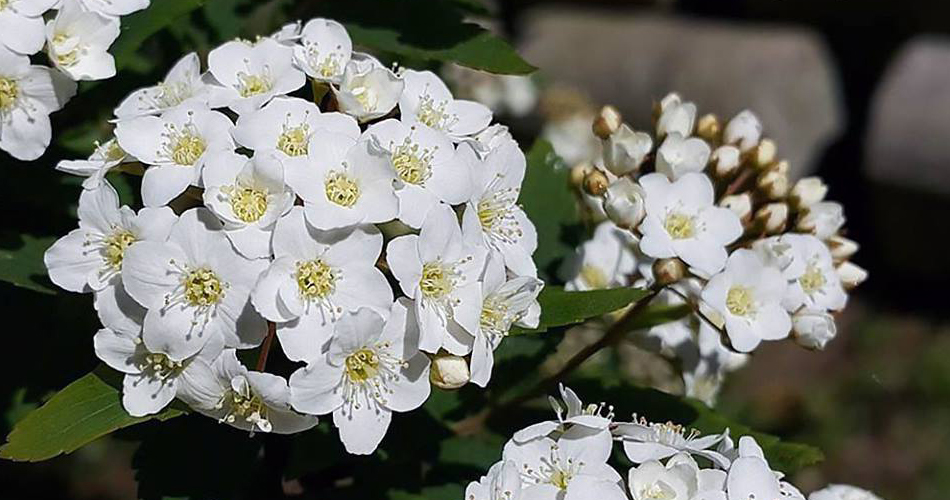 Spiraea (spire’a). During the early summer the several kinds of spiraea make fields and gardens beautiful with their dainty lace-like blossom. The spiraea belongs to the rose family. It is represented by some one of its more than 75 species in every part of the Northern Hemisphere. Some of these species are common wild flowers in the eastern United States and Canada. Others are carefully grown as ornamental shrubs. These include the bridal wreath, which has drooping branches loaded with clustered white flowers. Several others also have white flowers the bridal wreath while other kinds have delicate pink blossoms. None of the species reaches a height of more than eight feet, and many of them are dwarf shrubs. The leaves are pointed and usually have toothed edges. Spiraeas are among the most satisfactory shrubs to grow. Many are very hardy and vigorous in growth. They have few insect or fungus enemies.