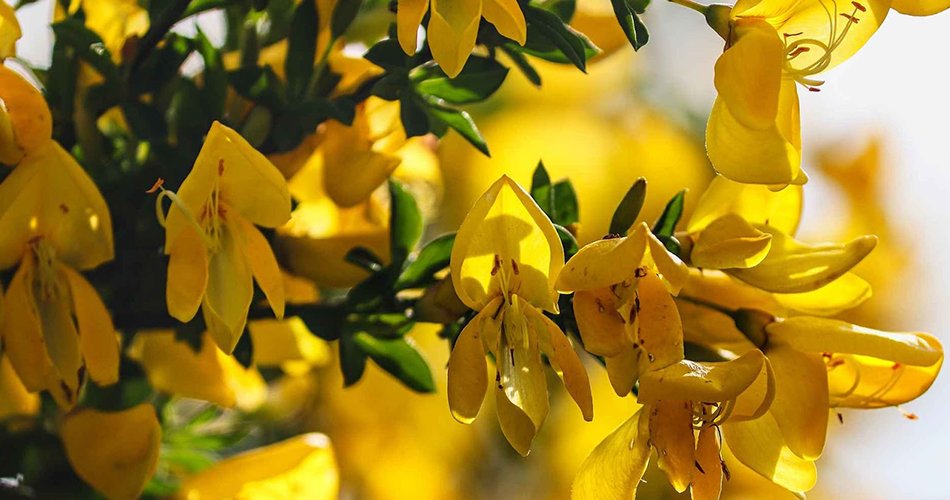 Broom is the name of a group of attractive shrubs. More than 100 species grow in Europe, Asia, and Africa. Some types of broom plants are used to make dyes. The Scotch broom, a native of Europe, is grown in the United States. Many of its green branches are leafless or almost without leaves. The showy, yellow flowers are shaped like butterflies. The fruit is a pod with one or more seeds in it. The English royal house of Plantagenet received its name from the Latin term Planta genista, which means sprig of the broom plant See also Legume.

Scientific classification. Scientists classify most broom plants in the pea family, Fabaceae or Leguminosae. The scientific name for the Scotch broom is Cytisus scoparius.