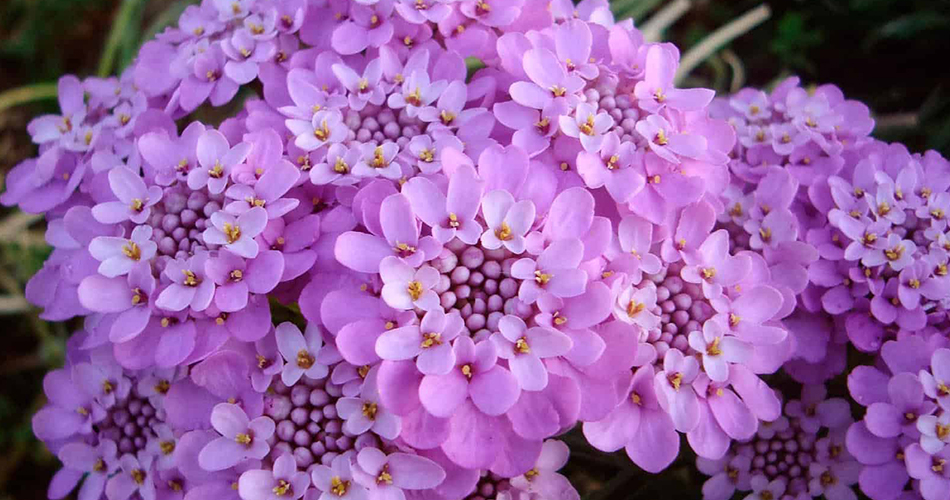 CANDYTUFT is a flowering herbal plant of the mustard family, Cruciferae. It is a favorite for both borders and beds in gardens of old-fashioned flowers. The name is supposed to have come from Candia, the early name for the island of Crete. It was brought to England from Crete in the 16th century. The plant grows about a foot high and has white, pink, or purple flower clusters. The three best-known varieties are the purple, the bitter, and the evergreen candytuft.

Another popular garden species, the globe candytuft may reach a height of 16 inches (41 centimeters). Its lavender, pink, or red blossoms grow in dense dusters. Candytuft is the name of about 30 species of plants native to southern Europe, northern Africa, and western Asia. Many are cultivated as garden flowers.

Scientific classification. Candytufts belong to the mustard family, Brassicaceae or Cruciferae. The scientific name for the edging candytuft is Iberis sempervirens. The globe candytuft is I. umbellate.