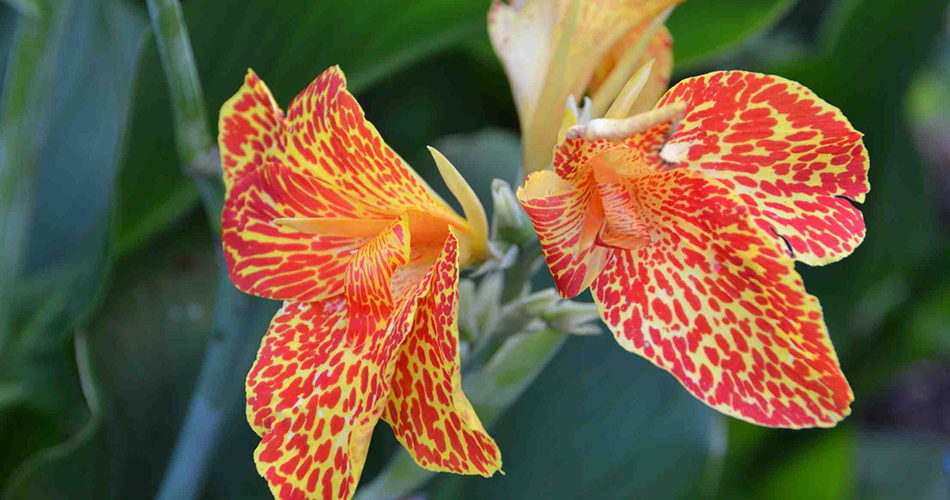 CANNA (kan’a). When the tropical plants from which modern garden have been developed was taken to the United States in 1830, its large dark-green and bronze leaves were the most attractive part of it. The same thing was true of its early descendants, which were principally valued as foliage plants. After that time, however, plant breeders produced varieties with growing flowers of clear red, pink, yellow, or orange that is four times the size of the old-fashioned canna’s dark red ones. New varieties are raised from seed but in ordinary gardening, cannas are grown from roots, which must be dug up in the fall and stored for winter in cool cellars, as the cannas are tender to frost.

The stately canna is commonly grown in formal garden. The flowers are in clusters on stalks rising from the dark-green or bronze leaves.