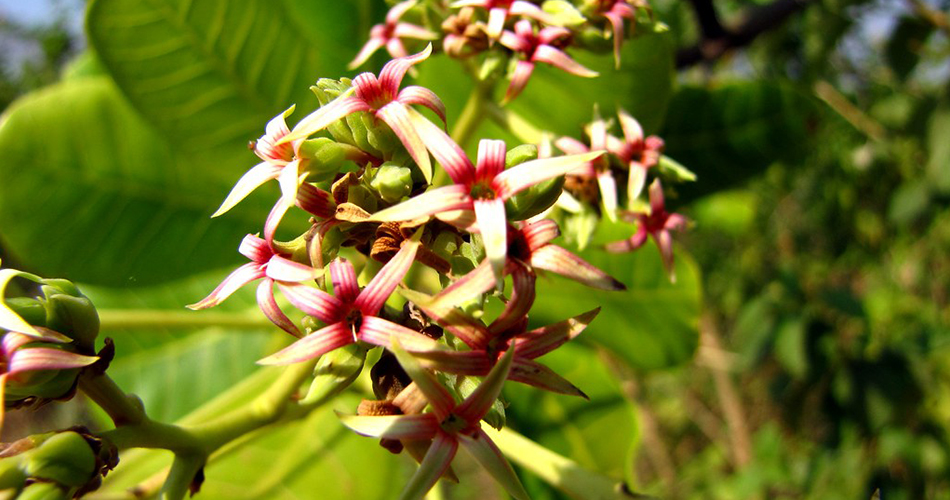 Cashew is a bean-shaped nut that grows on a tropical evergreen tree. Cashew nuts are delicious when roasted and is a popular food in the United States, India, Brazil, and several African countries pro Cashews grow in bean shaped shells attached to fruitlike cashew apples. The stem grows at the end opposite the nut.

The cashew tree is native to Central America and other tropical regions. The first cashew trees in India were brought from South America. In the United States, cashew trees grow mostly in Florida. The trees sometimes reach a height of 40 feet (12 meters). They have large, leathery, green leaves up to 6inches (15 centimeters) long and 4 inches (10 centimeters) wide. Each fruit of the cashew contains one nut. In addition to the nut, people eat the fleshy red or yellow base of the fruit, called the cashew apple. The apple may be eaten raw or made into a preserve. Cashew trees also yield a gum used in varnishes.

Scientific classification. Cashew trees belong to the cashew family, Anacardiaceae. The scientific name for the most important kind is Anacardium occidentale.