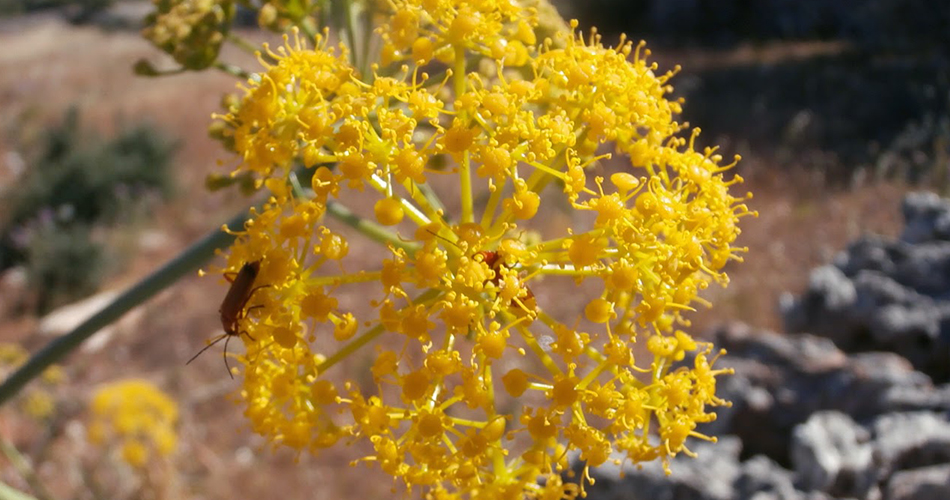 FENNEL. In ancient times it was thought that fennel had wonderful power to give strength and courage. Wreaths of fennel were awarded the victors in athletic contests. Fennel was mixed with the food of the Roman gladiators to make them strong and brave.

At present the different varieties of fennel serve less warlike purposes. The flat aromatic seed pods are used to flavor candy, liqueurs, and medicines. The leaves and stems are used to season soups and sauces and are also eaten as a salad. One type has the leaf bases greatly thickened similar to celery. When cooked it has a pleasing, aromatic flavor. Oil extracted from one variety, the sweet fennel, is used in making soaps and perfumes. All varieties have fine needlelike leaves resembling those of the carrot and flat heads of small yellow flowers. Most varieties are about four feet high. The giant fennel, whose pithy stems are used for tinder often, reaches a height of 12 feet. The plant belongs to the parsley family, and probably grew originally in southern Europe. It is now cultivated in many warm countries and grows wild in the southern United States.