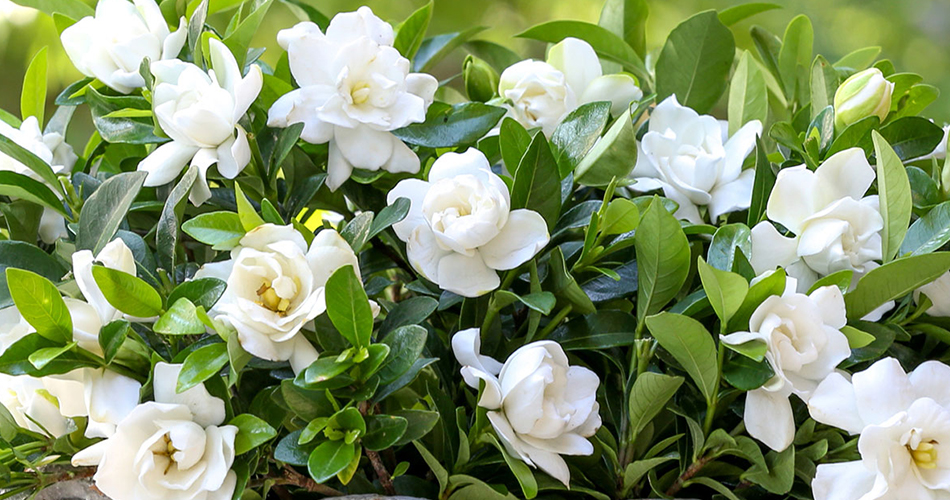 GARDENIA is a plant of the family Rubiaceae. The Cape jasmine, or florist’s gardenia, is raised in China for its fruit, which produces a yellow dye. In the East Indies, another species is valuable for a gum which exudes from its bark. In South Africa, two species are prized for their strong, hard wood. Although none of the many species of gardenia is native to the United States, the plant was named for an American naturalist, Alexander Garden. In the Americas and Europe, gardenias are grown for their beautiful waxy blossoms, which are very fragrant. The flowers somewhat resemble those of the camellia. They are dainty and may be double or single, ivory while or lemon yellow. They offer a striking contrast against the shiny evergreen foliage.