Home » Types of Flowers » Jack in the pulpit 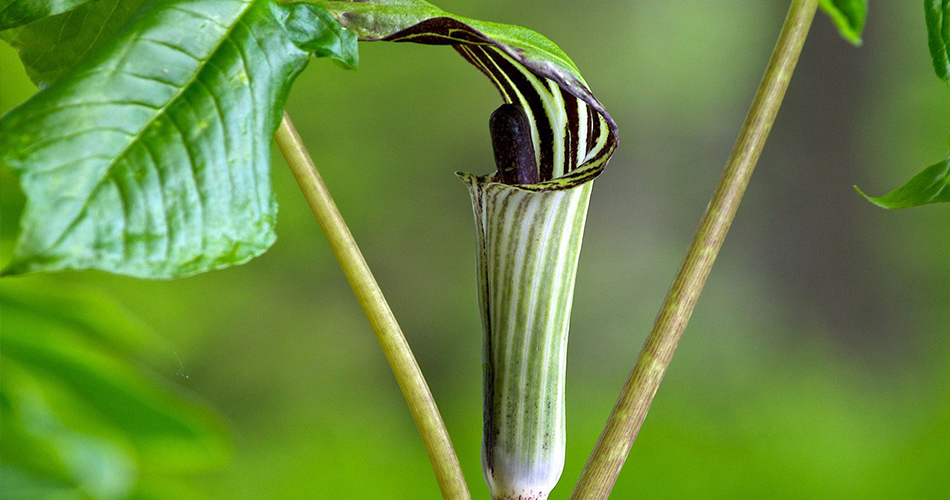 Jack in the pulpit

Jack in the pulpit (jak in the pul’pit) is among the unusual wild flowers of eastern North America. Its striped hood, or spathe, which protects tiny flowers clustered on a club-shaped stem, or spadix, resembles an old-fashioned covered pulpit. The spadix, called “Jack” by custom, is imagined to be a preacher inside.

Moist woodlands from Nova Scotia to Florida and west to Minnesota and Illinois are the usual places to find jack-in-the-pulpit. The plant grows up a foot or higher, with leaves and spathe tightly rolled up at first. The striped spathe varies in color from maroon and green to white and green. In late summer the spathe drops off and exposes shiny green berries, which turn bright red as autumn nears.

The plant is also called Indian turnip because the Indians knew how to use the underground stem (corm) for food. Raw corms are peppery tasting and dangerous to eat. Jack-in-the-pulpit, called Arisaema triphyllum by botanists, blooms each spring. It is in the arum family (Araceae) along with the calla lily and skunk cabbage.