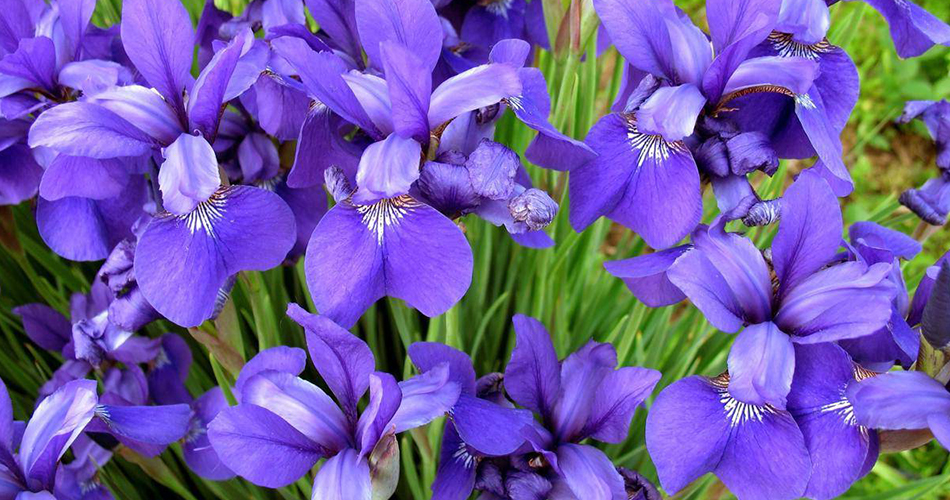 Iris is a flowering plant that has been commonly confused with the lily. Some botanists think that the “lilies of the field” in the biblical lands were irises, and one of the names for the older garden irises means lily.

In Egypt the iris was regarded with reverence. It is named for the Greek goddess of the rainbow. The Moslems, invading Europe, took along plants of a white iris from Arabia to plant on the graves of their dead. It has grown wild ever since in the countries of their conquest long ago flower loving peoples carried other kinds of ones with them in their travels; so it is difficult to tell where in the Old World they grew originally.

Instead of being related to the lily, the iris is a member of a quite different family. Its family also includes the gladiolus, the crocus, and the freesia. The species and other “wild types” of his number more than 200, native to lands north of the Equator. In general, they have flat upright leaves, and flowers with three outer brightly colored sepals, which spread or droop, and three inner petals which in some forms stand upright The bulbous class is represented by the so-called Spanish, Dutch, and English irises. Their blooms are firm in texture, and are not too fragile to be handled in florists’ shops. They with creeping rootstocks are represented by the groups that are familiar in gardens. The bearded irises have hair like brushes, or beards, on their sepals. There are also beardless varieties. “German” irises, none of which came originally from Germany, are an example of the bearded group; and Siberian and Japanese irises, the beardless. Other groups are those of the “cushion” irises, native to the Near East and Egypt, and that of the crested irises, one of which is the famous roof iris of Japan, and another which is an American species. Nearly all American wild irises, such as the common blue flag of marshy places and the dainty California irises are beardless.

Although irises are so little grown for florists, a few have commercial value otherwise; Iris root consists of dried and ground rootstocks of the Florentine and two other European irises. It has long been used in medicine, and is still an ingredient of toilet preparations. The fragrant flowers of the pallid iris are grown in southern Europe as a field crop for the making of perfumery. In the main, however, cultivated irises are garden flowers, grown by amateurs.

The ordinary iris season lasts nearly three months. In the latitude of New York City it opens late in April, when the dwarf bearded irises begin blooming. These are jaunty little flowers, white, yellow, or violet, on stalks 3 to 12 inches tall. In May, as their bloom wanes, the intermediates begin. These also are bearded, and come in the same colors, but are considerably larger and taller. Some of them are hybrids between dwarf and tall varieties or species. Others are types of the iris botanically misnamed germanica. Late in May, when the great tall bearded section begins to bloom, the iris garden becomes a carnival of virtually all the colors that are known among flowers.

At the height of the blooming of the tall bearded varieties, the Siberian irises join in, and late in June, before the last of either have faded, the first Japanese irises open. These are majestic, with broad, soft flowers poised on slender stems. They were patiently developed by old Japan’s gardeners from one medium-sized Far Eastern species.