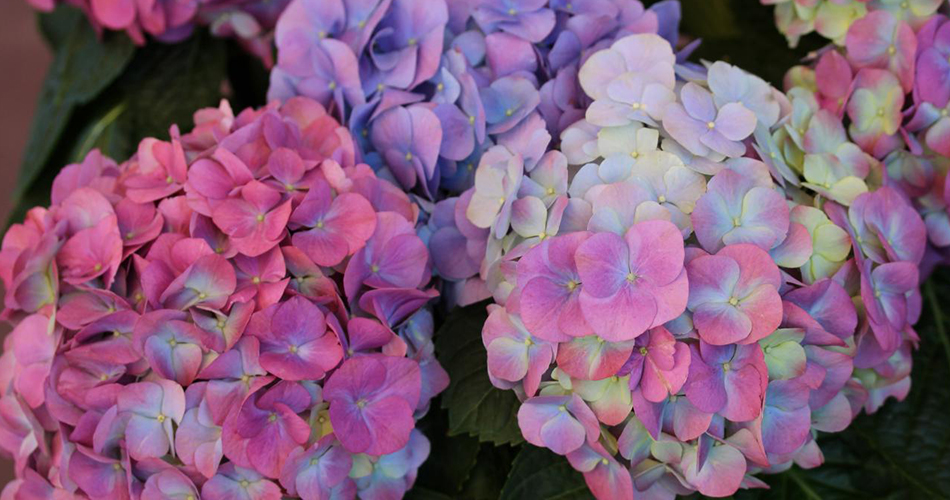 HYDRANGEA. The cup-shaped fruits which follow the hydrangea’s showy blossoms look like little water pails. For this reason the shrub was named from the Greek words, hydro, meaning water, and angeion, meaning vessel. The hydrangea belongs to the saxifrage family. Many of the more than 30 varieties grow in Asia, but several are native to the United States. The wild hydrangea of the southern Appalachians is perhaps less beautiful than the cultivated oriental varieties, but it has the same heavily-veined oval leaves and similar flowers. The showy white outer flowers are sterile and serve only to attract insects to the inconspicuous fertile inner flowers. In some of the cultivated varieties, differences in soil change the flowers from the usual pink to blue or white. A pink hydrangea can be made to bear azure-Uses of Flowers by burying a handful or two of rusty nails or other scraps of iron among its roots. When grown as an ornamental shrub, hydrangeas demand a rich soil and plenty of water. Some dwarf varieties, when grown in pots in greenhouses, bear large clusters of flowers in early spring. There are many varieties used as ornamentals. The larger shrubs, sometimes eight to ten feet high, bloom from late summer through early fall.