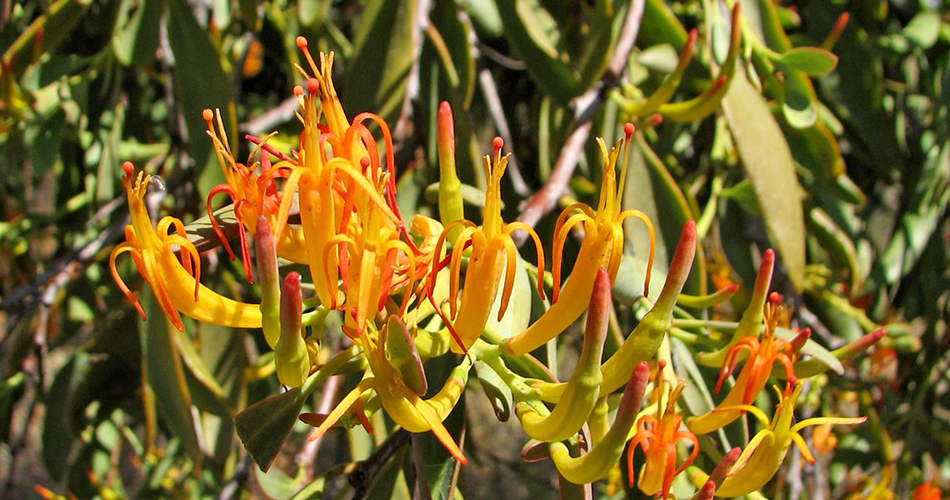 Mistletoe is a plant that grows as a parasite on the trunks and branches of various trees. The American mistletoe and the European mistletoe grow most often on apple trees. They also may grow on other trees, such as the lime, hawthorn, sycamore, poplar, locust, fir, and occasionally on oak. The dwarf mistletoe is a small variety that grows on pines in the Eastern United States.

Mistletoe is an evergreen with leathery, oblong leaves. It has tiny yellow flowers that bloom in February and March. Birds eat the white, shiny fruits called berries. The berry seeds cling to the bills of birds and are scattered when birds sharpen their bills against the bark of trees. The berries may be poisonous to people.

Mistletoe is associated with many traditions and holidays, especially Christmas. Historians say the Druids—ancient priests of the Celts—cut the mistletoe that grew on the sacred oak and gave it to the people for charms. In Teutonic mythology, an arrow of mistletoe killed Balder, son of the goddess Frigg. Early European peoples used mistletoe as a ceremonial plant. The custom of using mistletoe at Christmastime probably comes from this practice. In many countries, tradition says that a person caught standing beneath mistletoe must forfeit a kiss.