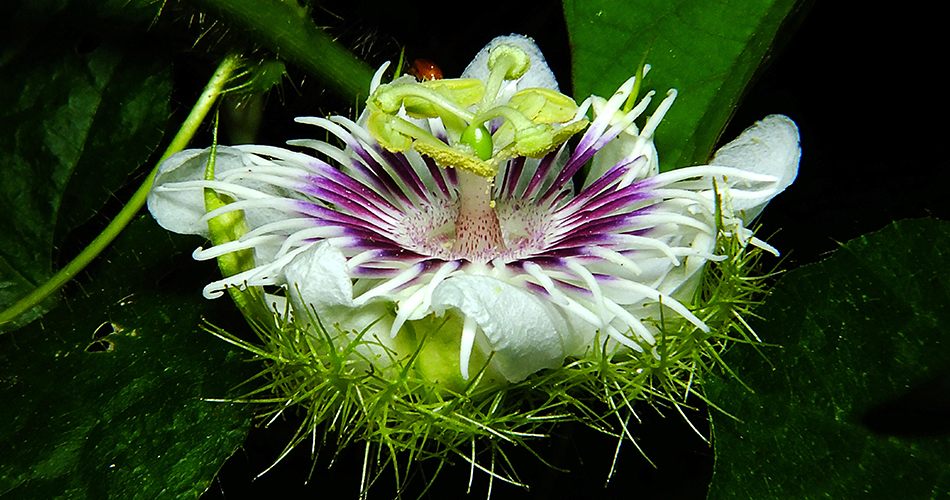 Passionflower (pash’un flou’er) is a plant of the family Passifloraceae. There are more than 400 species of passionflowers. They grow in the warmest southern and western areas of the United States and in tropical areas of South America, Asia, Australia, and other parts of the world. The passionflower is a climbing or trailing vine. It was given its name by early explorers who saw in it a symbol of the Crucifixion of Jesus Christ. The three pistils, at the center of the blossom, represent the nails used on the cross. The five stamens represent Christ’s five wounds. The ten sepals and petals represent the faithful disciples, with Judas and Peter missing. The beautiful fringed corona represents the crown of thorns.

In spite of the sacred tradition built around the passionflower, it is better known in its native regions by its common name of maypop. The flowers are generally purplish-white. A large scarlet-flowered variety is grown as an ornamental vine. There is also a yellow one.

The fruit of some passionflowers is the size of a small apple and is edible. One kind of passionflower is raised commercially in southern California. A refreshing drink is made from the pulp and juice of its fruit.