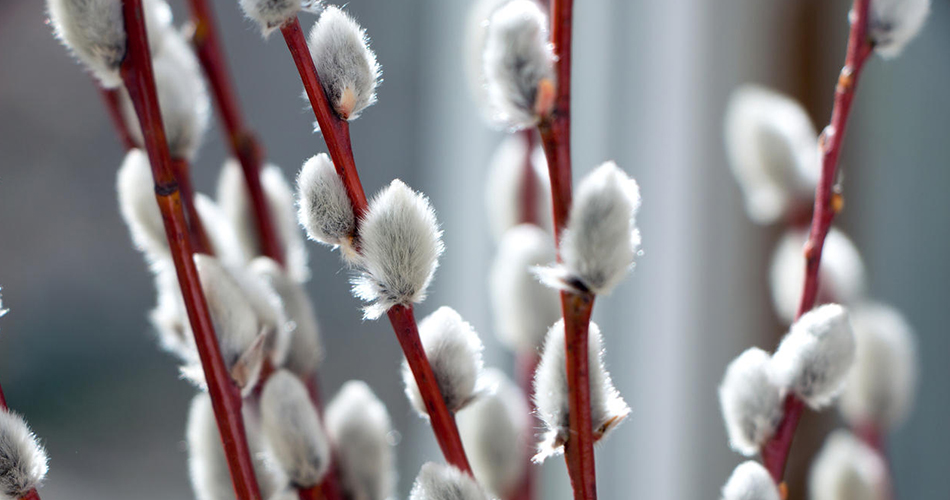 Pussy willow is a shrub or small tree of the willow family. It grows wild in the eastern part of North America from Nova Scotia south to Virginia and west to Missouri. Pussy willows grow best in moist places, but they also can be found on dry soils. They seldom grow taller than 20 feet (6 meters). Pussy willows have several long, straight twigs without side branches. The twigs have many flower buds.

Early in the spring before the leaves unfold, the flower clusters break out of the hard buds. These clusters are called catkins. Male and female catkins grow on separate trees. The catkins are long and round, and are covered with a dense coat of silky, grayish white hair. They have been said to resemble tiny kittens climbing up the twig. Later the male catkins develop into larger, loose masses covered with yellow pollen. Scientific classification. The pussy willow belongs to the willow family, Salicaceae. Its scientific name is Salix discolor. Several other species of willow with silky catkins are also known as pussy willows. Richard C Schlesinger.