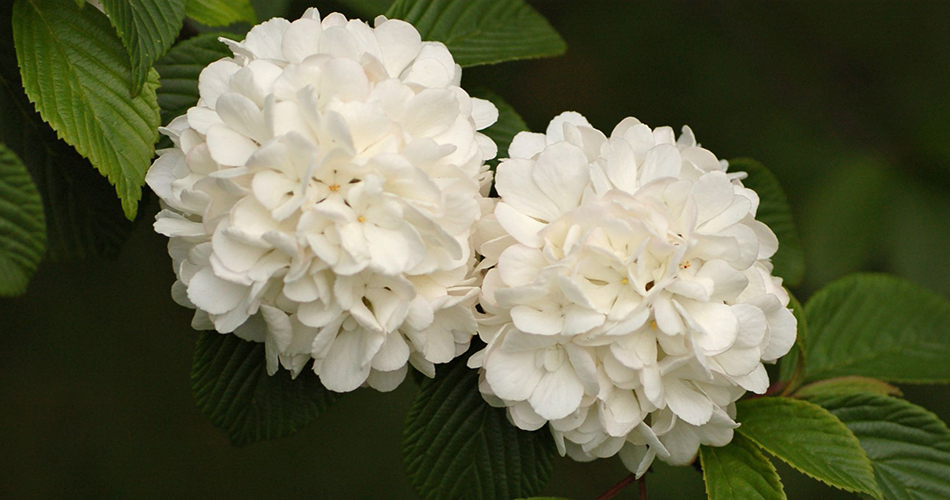 Viburnum (viber’num), shrubs or small trees of the honeysuckle family. About 150 species are known, found mostly in eastern Asia and North America. Many of these are grown as ornamental plants.

Flowers of most viburnums are small, and white or creamy in color. They grow in many-flowered, often showy clusters. In some species small fruit-producing flowers are surrounded by a circle of much larger flowers that do not produce fruit. In the viburnums known as snowballs, none of the flowers produces fruit.

The fruits are berrylike, with hard, one seeded pits. When ripe, the fruits are blue, red, yellow, or black, according to species. Many are foods of birds.

Viburnums show interesting differences in leaf shapes. A few species are evergreen, but the leaves of most turn to beautiful shades of rosy-purple, red, or yellow in autumn.