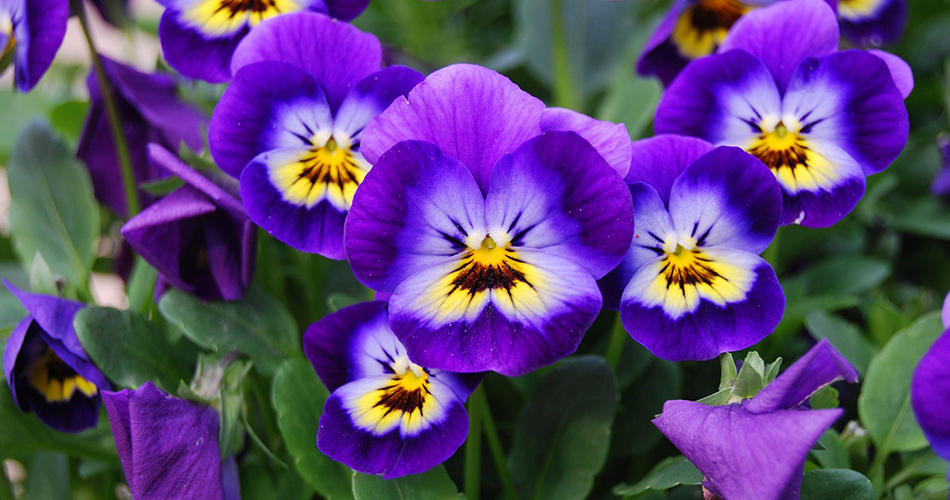 Violet (vi’olut) is a large genus of flower that has about 400 species. Mythology says that it was Aphrodite’s sacred flower. It has been known since earliest times and was the symbol of the ancient city of Athens. North America has the greatest number of species. It has been named the state flower of Wisconsin, Illinois, New Jersey, and Rhode Island.

Most kinds of violet are low-growing, compact bushes, but others are more upright and may be a foot tall. Some of the species have delicately perfumed blossoms borne amid heart-shaped, deep green leaves. In color violets range from white through light yellow and blue to purple. Examples are the bird’s-foot violet and the violas and pansies commonly grown in gardens. The flower called dogtooth violet is not a true violet but belongs to the lily family.

Although perfume is made from violet odor, most kinds of violet are odorless. Sometimes the blooms are crystallizes into candies or used in salads.

In the wild state most violets grow on rich, moist soils in the shade of trees or bushes An exception to this is the bird’s-foot violet commonly found in sunny spots on sandy soils or rocky ledges. Wild violets multiply by means of seeds or runners which spread out from the parent plants and take root. The cultivated types are usually grown from divisions of the old plants. The two most important rules in the care of violets are to give enough but not too much moisture and to supply plenty of shade. Early spring is the best time to plant them. If they grow slowly weeding is necessary. Often they grow vigorously and compete readily with other plants.