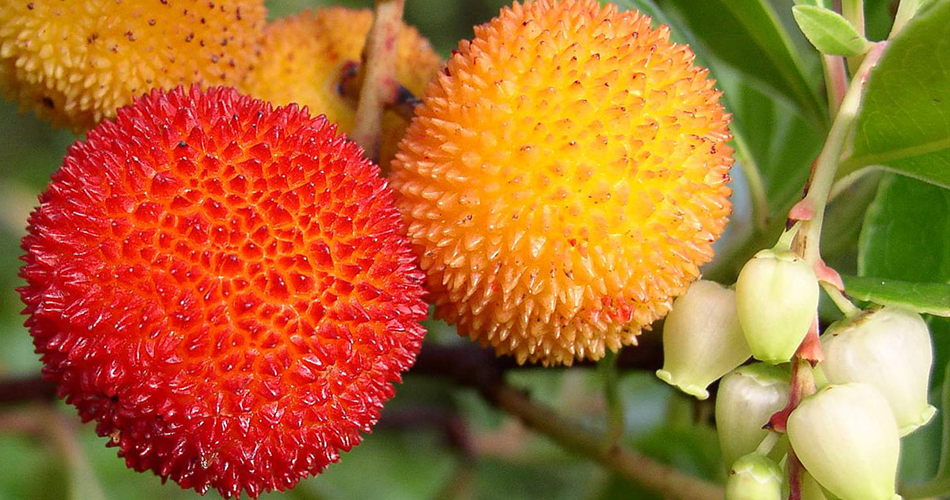 ARBUTUS. Indian legend tells a pretty story about that loveliest of spring flowers, the trailing arbutus. Each year when the winter spirit, Peboan, fell asleep, his discarded furs turned to icy leaves. Coming across these one spring day, Segun, the summer spirit put them in her hair. Immediately they came to life. Then Segun planted them in the earth and breathed upon them. At the touch of her warm breath, flowers appeared, flushed pink, and gave out a spicy perfume. “When the children find these,” she said, “they will know that Segun has been here, and that Peboan has gone away.” In one of his poems, John Greenleaf Whittier also tells us that the dainty arbutus was the earliest flower to greet the Pilgrims after their first fearful winter at Plymouth. They called it the Mayflower, and as the state flower of Massachusetts, it is still known by that name.

Although the name arbutus is given to several evergreen plants, all belonging to the heath family and ranging in size from the tiniest plant to a tall tree, the most common species is the trailing arbutus. Its fragrant clusters of waxy white blossoms, often tinged with pink, make it one of North America’s most attractive wild flowers. The tough, heart-shaped leaves and the hairy brown stems contrast strikingly with the dainty blossoms. The arbutus is becoming scarcer each year because thoughtless pickers uproot the plant in their attempt to gather long stems with the blossoms. Growing throughout the eastern and Middle Western United States, as far south as Florida, and even in Canada, the arbutus grows best in sandy or rocky soils, especially in pine woods, where it creeps along the ground, almost hidden beneath dry needles and leaves.