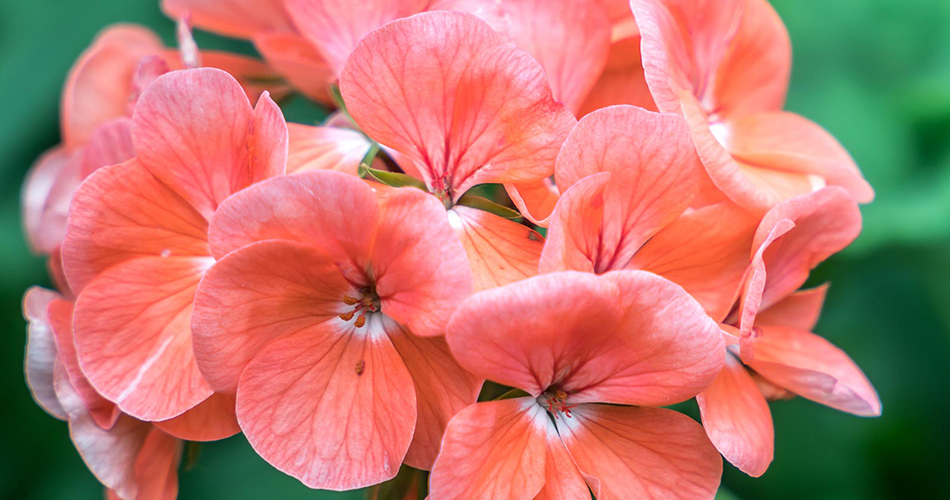 GERANIUM is a plant of the family Geraniaceae. There are more than 300 species that are grouped together into three genera. The true geraniums are dainty wild flowers which grow in all temperate climates. The pelargonium’s are showy flowers which are raised in summer gardens and winter window boxes. They are usually, but incorrectly, called geraniums. The erodiums, which in the western United States are known as pin grass or pin clover, form a valuable forage plant both in North America and in Australia.

The true geraniums are often called crane’s-bills because of the shape of their long seed pods. About 70 species are found in North America. The most common of these is the crane’s bill, or wild geranium, of the eastern United States and Canada, It has large purplish-pink flowers growing in clusters on plants about two feet tall The Carolina crane’s-bill, a smaller plant with smaller, paler flowers grows throughout the United States. The herb Robert, or stinking crane’s-bill has small purplish-rose flowers, reddish sterns, deeply-divided and ill-smelling leaves. Its roots, like those of the American alumroot, are sometimes used in making medicines. Both the wild geranium of southern Europe and of Australia have edible roots. An African species produces oil of geranium, which is used as a substitute for attar of roses.

Far more beautiful than the true, or wild, geraniums both in the color of their flowers and in the shapes and markings of their leaves are the cultivated geraniums. These plants came originally from South Africa, and in colder northern countries they cannot be left outdoors during the winter. They make very satisfactory summer bedding plants and in the winter are good house plants because they require very little care, and bloom over a long period. Cultivated geraniums are grown easily from cuttings. Cuttings should be started in the spring for summer flowering and in the fall for winter flowering. They should be planted in light; rich, well-fertilized soil to which sand has been added to insure good drainage, for too much water is bad for the plants. If the soil is too richly matured and the pots are too large, the leaves will grow luxuriantly, but there will be few flowers. Each winter the plants should be trimmed thoroughly, for otherwise they will be tall and poorly-shaped. During 200 years of cultivation many variations in colors of the cultivated geraniums have been developed, but as a rule tie flowers are white, rose, or red. Often the leaves are delicately fragrant those of the rose and the nutmeg geranium. The best variety for growing in window boxes is the ivy leafed geranium.