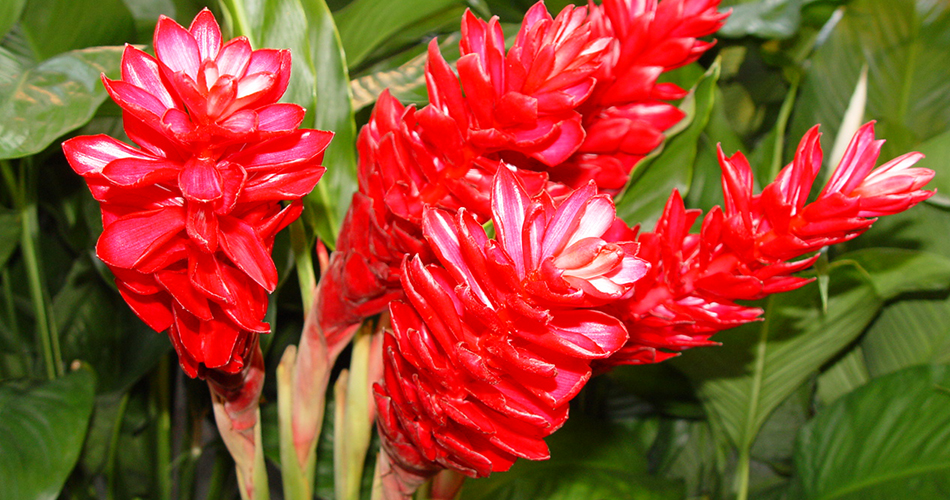 Ginger is a reed like tropical plant of the family Zingiberaceae. The rhizome, or underground stem, of the plant, Zingiber officinale, is an important spice. Ginger is believed to be native to tropical Asia. It has been grown and used in India and China since ancient times. Spanish conquerors first took ginger to the West Indies and Mexico in the mid-16th century. Jamaican ginger is considered to be the best that is grown today.

The leafy stems of the ginger plant grow 8 to 4 feet high. The green and purple flowers are borne in dense, cone like clusters on leafless stems. After the plant’s upper stems wither, the roots are dug up.

Ginger is ground and used in food and beverages such as gingerbread and ginger ale. Ginger is used in medicines for stomach ailments. Oil of ginger is used as a food flavoring and also as an ingredient of some perfumes. Candied ginger is eaten as a confection. Preserved ginger is prepared by peeling young rhizomes and boiling them in syrup.

Wild ginger, Asarum canadense, grows in shady woodlands of the northern United States. It is a low, creeping plant of the birthwort family. Wild ginger has heart shaped leaves, and bell-shaped purplish blossoms. The plant has no resemblance to true ginger except for the flavor of its rhizome.