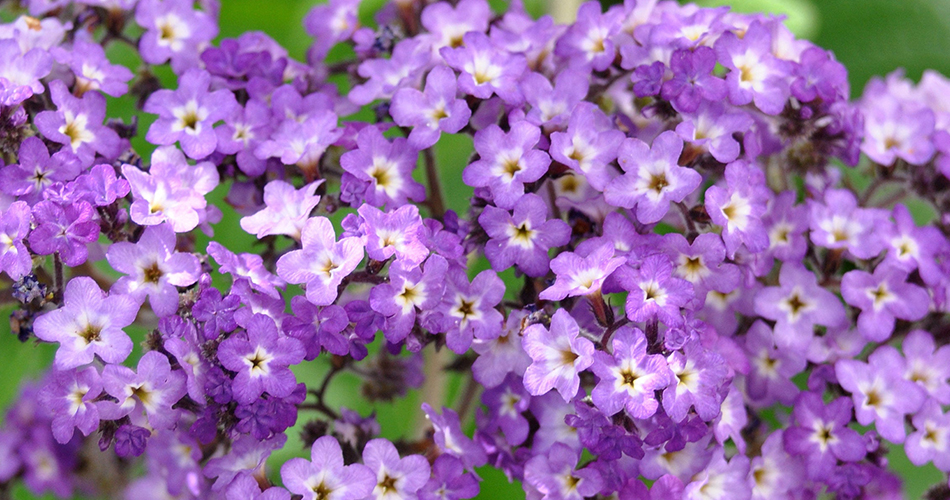 Heliotrope is any plant belonging to the genus Heliotropium. The name is given also to one species (V. officianalis), called the garden heliotrope, of the genus Valeriana.

More than 220 species of Heliotropium are known. They are all small, herblike or shrub like plants that grow from one to four feet high. They have oval or oblong shaped leaves. Their fragrant flowers, which appear in summer, may be white, violet, or blue. In all the species, the flowers grow in one-sided clusters that face the sun. The plant’s name comes from the Greek words Helios, meaning sun, and Tropos, meaning turn.

Heliotropes are found in temperate and warm climates throughout the world. Several species have been introduced into the United States and grow along the Atlantic Coast and throughout most of the southern states. The common heliotrope (H. arborescens) is popular with florists because of its delicate fragrance. Perfume is sometimes made from various species of heliotrope.