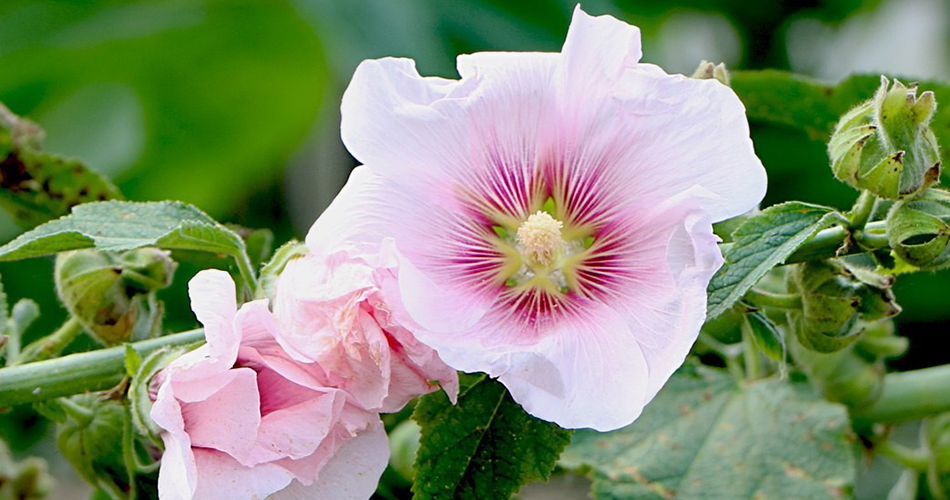 Hollyhock is a favorite garden flower throughout the United States and many other countries. It is native to China, but has been grown in other places for hundreds of years. The hollyhock belongs to the Mallow family. Among its relatives are marshmallow, cotton, and okra.

The stately flowering stalks grow from five to nine feet tall. The large showy flowers are three or more inches across. They are white or shades of maroon, red, pink, yellow, or salmon. They may be single or double, with plain or frilled petals. The flowers bloom from June to late summer and last three or four days. When the fruit is ripe, it breaks into many parts, each with one seed. Hollyhocks are mainly biennials. They are grown from seed usually planted in July or early August for bloom the next year. There is an annual hollyhock that blooms during its first summer if it is started early indoors. Some hollyhocks are short-lived perennials.

Hollyhocks need rich, well-drained soil, and grow best in sunny places. They often grow from self sown seeds, but flowers from such plants may be a different color from those of the parent.