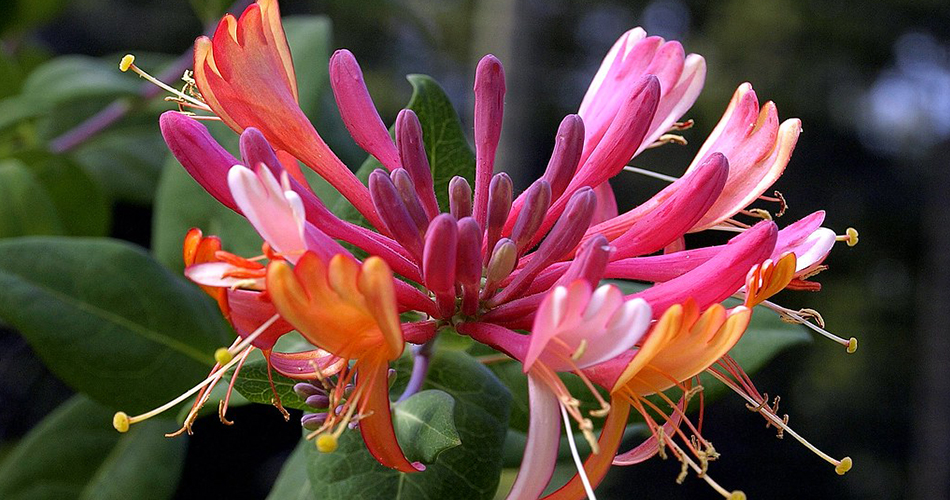 Honeysuckle. The name honeysuckle is sometimes given to the columbine and to several species of azalea. It should correctly be given only to the members of the honeysuckle family. This is a group of more than 150 species of sturdy shrubs and climbing plants which grow wild or in gardens throughout the Northern Hemisphere. All the species have dark rounded leaves and funnel shaped, often sweet-scented, flowers, which are followed by brilliant crimson or orange berries. In North America there are some 25 species, including the evergreen trumpet honeysuckle, which bears flowers that are scarlet outside and orange inside. Most cultivated honeysuckles, however, have been introduced from other countries. They may spread from cultivated gardens to the fields and woods. Among these are the Tartarian honeysuckle, a large Asiatic shrub which bears its rosy-white flowers in early spring; the honeysuckle has funnel-shaped, sweet scented flowers.