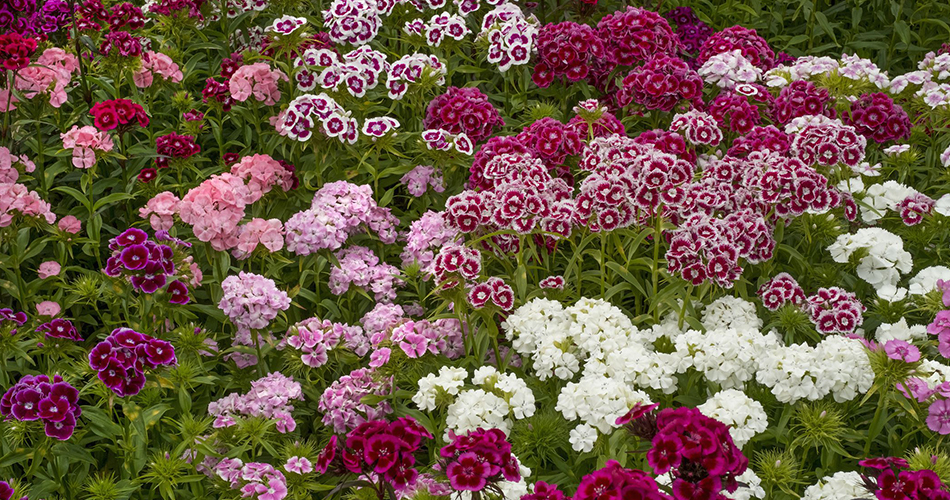 Pink (pingk) is the common name of a large group of flowering plants known to botanists as Dianthus. Many Dianthus flowers are pink, but the name pink is used to describe the scalloped or “pinked” edges of the flower petals. Pinks are mostly natives of Europe and Asia, where many kinds have been cultivated in gardens for centuries.

Plants of the pink family have stems with swollen joints and leaves growing in pairs on opposite sides of the stems. Flowers of cultivated pinks are white, pink, red, sometimes yellow, and often striped. They may be single or double, alone, or in clusters. Many are sweet-scented.

Pinks are easy to grow in ordinary garden soil. They enjoy sunshine, but do best in temperate and cool climates. Some are annuals, but most are biennials or perennials.

Pinks are grown from seed or cuttings. Some, sweet William, for example, often self-sow and grow year after year in old gardens or even escape to roadsides and waste places.